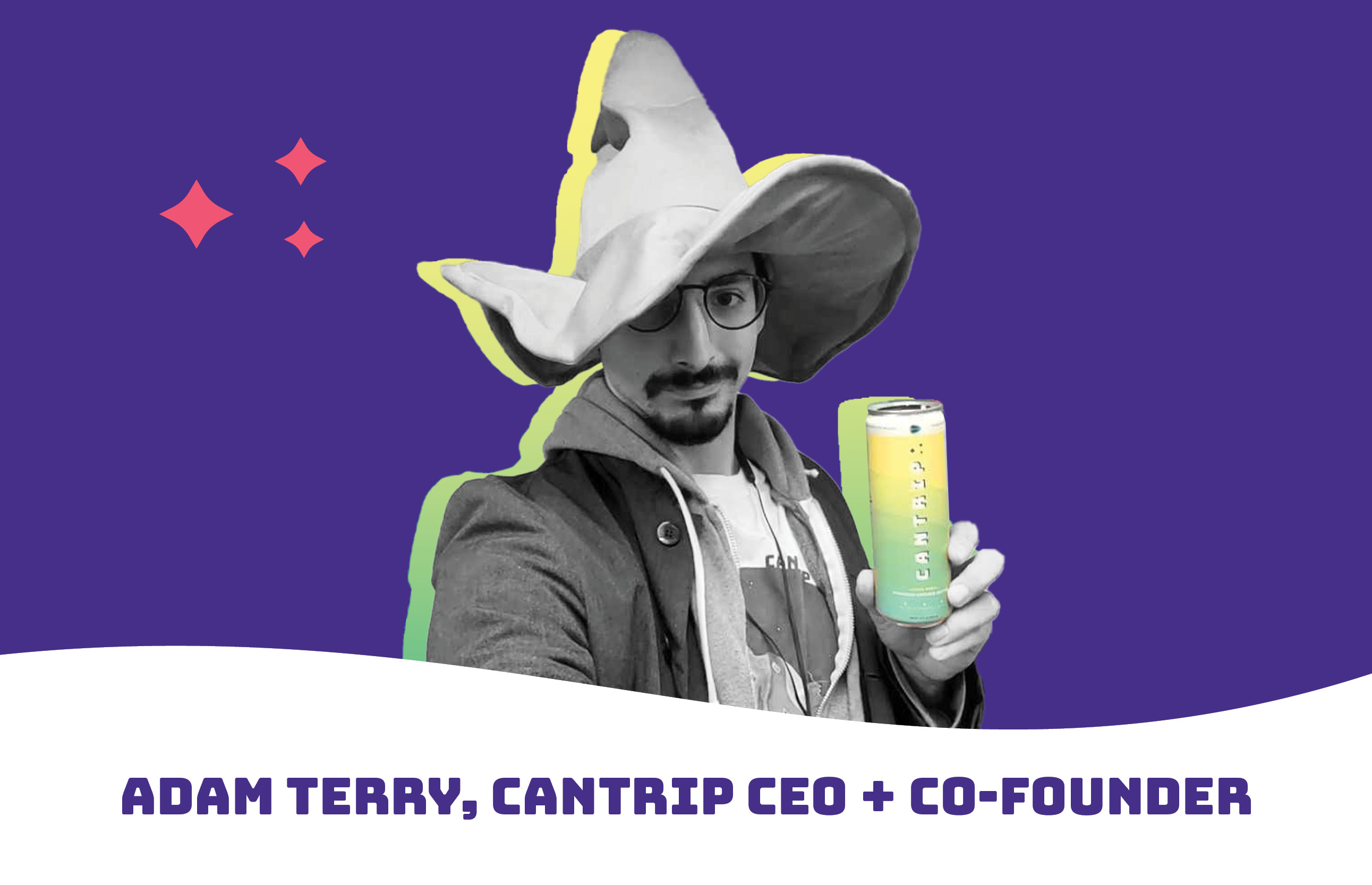 Authenticity, Identity, and Cannabis – on Humanization and Honesty in a Cannabis World Full of Murky Information

If authenticity sells as a brand, does that make authentic brands sell-outs?

As another Pride month ends and the deluge of rainbow-colored logos drains back into the pallor of the other eleven months of the year, I am left reflecting on the nature of authenticity and branding, and what that means for myself – a queer person who identifies outside the gender binary who has worked so hard to create a brand that is authentic and honest. But especially in cannabis, that reflection is blurry, like staring into a rushing stream. The image eddies and swirls around rocks. Who is Cantrip as a brand? How much does that connect to the founders and their personal identities? Is the story of who I am who Cantrip is, or the story of my co-founder? Does that matter as much as the product itself?

As a long-time cannabis products developer, I have developed and focused an ethos around the kind of information we communicate to customers about our products. Cannabis is rife with misinformation and poorly substantiated claims, and I think that an important step in building broader acceptance and legitimacy is being honest with customers about what we know and what we don’t about the effects of cannabis products on consumers and the claims that we make.

Indica, sativa, and hybrid are poor classifications that are rooted in misinformation. The entourage effect may be real, but it is too tempting a fruit not to invite snake-oil salespeople into the fold. Cantrip is, at its core, very careful about the claims we make about our products because honesty in advertising is a pillar of our brand. This is exemplified in our use of terpenes in the beverage itself – Cantrip infuses every blend with terpenes, but we make no claims as to specific effects resulting from them. It’s not well studied. The terpenes make the product taste great and therefore the consumer will have a better experience. Everything beyond that is speculative at best, and incorrect at worst. I am proud of the work Cantrip has done in building consumer trust by trusting consumers.

Should identity be a part of the Cantrip brand?

The murkier sense of authentic brand building for me comes with the same struggle I have had for decades in my own sense of self. Growing up, I experienced gender dysphoria regularly. This is not something I talk about regularly as most people do not have any sense of what this is like. It is confusing at the least, and as you get older and learn more about how our culture functions, it becomes scary and shameful. It was not until I began to consume cannabis in my late teens that I really began to deal with it and accept who I was, at first to myself and then slowly, very slowly, to others. It was opening up to others that unlocked a level of self-actualization that I did not previously have access to. Part of that was cannabis consumption that alleviated depression and the open-mindedness that can come with cannabis consumption.

The other part of it was the progress we made as a culture in developing a vocabulary for it.

When I was a kid, trans-ness was even more taboo than it was today. The internet hadn’t allowed subcultures to form with the strength they have now. “Gender non-binary,” was not a popularized concept. I cannot begin to describe the relief that I felt in learning the vocabulary of gender politics that gave me a space to occupy, a way to describe myself to others that made sense to me.

Still, despite being relatively open about it in private, I have not previously written much publicly about this (outside of Twitter – follow me @tdamaerry) and it is because I felt that I did not have to. I have it easy in so many ways – the default perception of me is as a cis-gendered man and I have benefitted from the privileges that status holds in our culture.

As the CEO of this company and thus its nominal face, I have a responsibility to our culture and community to dispel that notion so as not to perpetuate an image that is untrue and by such perpetuation engage in complicity-by-conformity. I do not conform, and that’s okay. Many people do conform, and that’s okay as well. Everyone should have the opportunity to be themselves, and Cantrip is here for everyone.

The point of Pride

This year, as Pride month closes, I find that things are changing in this country in a material way that means it is no longer acceptable for me to be quiet about who I am, because so many others whose visual and physical presentations don’t have that luxury and they are suffering for it.

In Ohio, a law was just passed to ban trans-kids from sports, and at the same time will create huge repercussions not only for young trans-girls but also for cis-girls as their privacy is invaded in the name of fairness in sports, an absurdly insignificant issue compared to a twelve-year-old receiving a pelvic exam “to prove she’s a girl.” Sixteen other states have anti-trans sports laws. In March, Texas passed a law classifying gender affirming care for trans-teens as “child abuse,” and encouraged neighbors to report each other to child services, and created penalties for “mandatory reports” like doctors, nurses, and teachers who don’t report instances. Society is being encouraged to report suspected trans people, identify them to police and the government. There is an organized, broad attempt in this country to dehumanize queer people, calling them “groomers” and “pedos” at the slightest inkling of being non-straight, non-cis. These are the tactics used by those who mean to eliminate people, and make no mistake, these laws are intended to create a landscape of elimination.

I know that is strong language, but it is true. We need to acknowledge that now, to remember that trans and queer people are human, not the butt of some joke or some demons come to rob your kid of their win at track. They’re Human beings who deserve love and care and respect and opportunity by our neighbors and our government.

So, I’m proud to say this – Cantrip is co-founded by a non-cis queer person as well as by a strong ally. Cantrip is here to support the LGBTQ+ community year-round, not just in June. It is imperative that those of us who are in positions to make change do so – that is the very origin of the Pride movement.

Ultimately, people connect with brands that resonate as authentic and honest. I hope this moment of honesty does someone out there some good.