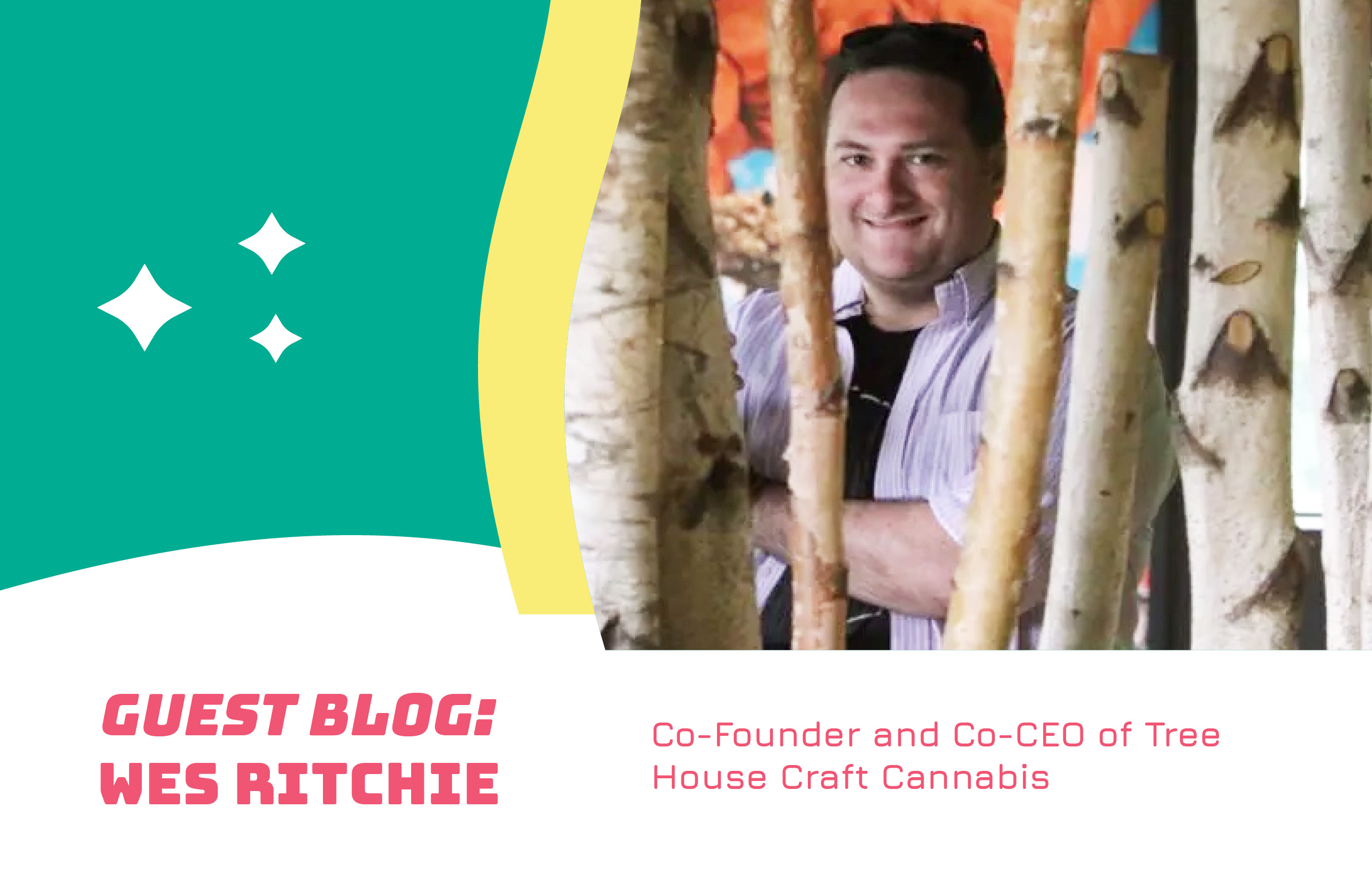 Wes Ritchie is a co-founder and co-CEO of Tree House Craft Cannabis, which has one retail store open in Dracut, Massachusetts and two more on the way. Wes identifies as a recovering lawyer and political consultant, having spent years in Massachusetts elections and government. He led several winning campaigns including that of Yvonne Spicer, the first-woman of color to serve as mayor in Massachusetts. Wes has also worked in the Massachusetts State House as Chief of Staff for Senator Barbara L’Italien and served on the Senate Marijuana Committee as an advisor regarding home-grow regulations. Wes lives in Boston, where he enjoys gardening, and spending time with his boyfriend.

I first tried Cantrip at a party in the Berkshires – I hadn’t had a good cannabis drink yet and I was hesitant for two reasons. First, I didn’t know if it would taste good. Second, I’m a pretty anxious-at-all-times lightweight and I was worried that it would really fuck me up. The offer made me catastrophize immediately that I would imbibe and become a useless, couch locked, possibly even cripplingly anxious party attendee. Despite the hesitations, I did (and always still do!) want to find products that chill me out in the right way.

I was offered a Grapefruit Hibiscus can – 3mg THC and 2mg CBD and I decided to take the risk. I sipped it cautiously and my first worry subsided, thank goodness it was actually delicious. As I finished the drink over the next 30 minutes or so and it turns out that the drink didn’t even come close to impacting me in undesirable ways I was worried about. It did, in fact, chill me out in the right way.

A Chill Habit is Born

It’s been about a year since I tried my first Cantrip and my fridge is now stocked with them! All three of the low dose flavors offer the same regular effects that I’ve come to love. Watching a movie? Cool, it’ll probably be better with a Cantrip. Long day at work? Definitely better with a Cantrip, or two, or three. Going to the beach? It’s a must have companion. I’ve become an evangelist – at the dispensary I co-own in Dracut, Tree House Craft Cannabis, you can always stock up on them. They’re the perfect low-dose drink, they’re delicious, and I think they’re taking the cannabis beverage market by storm.

At the dispensary I’m often offering my recommendations for favorite products to friends and strangers alike. There’s some pretty natural skepticism to trying the drinks, especially from my friends who are used to the ritual of lighting up a joint or just popping an edible. It’s a slightly different experience!

I recommended the drinks to a lawyer friend of mine. She’s 37 years old, has two young kids at home, works a stressful job, and like me is pretty anxiously wound up sometimes. After she tried Cantrip she texted me her review: “The Cantrip made me relax and not give a shit as much about everything going on in my life.” To date, this review is the one that has stuck out to me. Isn’t that what we’re (often) trying to achieve with innovative cannabis products? Sometimes we all want to feel something, sometimes it’s nice to relax and feel a little less.

Does This Have Anything To Do With Pride?

A little. Our gay-owned and operated dispensary, Tree House Craft Cannabis, is stocked up with my 3 favorite low dose Cantrip flavors for this pride season. We’ve even got their newly launched 5mg of THC option in stock also if you’re looking to feel even more of an effect than I usually am. If you haven’t tried Cantrip yet, I highly recommend you celebrate this pride month by checking out this amazing drink.